cw: depiction of a mythological abortion

When what someone dies of is cars and you have always hated cars. When the last conversation you have is her pointing at her canines asking you, her criminal southern comfort exception and lifelong vegan, why we have these. When then you scatter ashes as someone behind you mid-technical difficulty says "Alexa, play Bridge Over Troubled Waters" someone else responding why they have to hear that name and they just can't do this and they sit, finding needing comforting, saying grandmother doesn't even want that song, that's something step-grandfather liked and picked.

When your step-grandfather is mourning. When they are learning how to cook microwave dinners for the first time. When they succeeded like a war hero in running everyone in your grandmother's life off by turning the television up to what the app you download and show your grandmother is a constant 95 decibels. When they turn up fox if you talk with someone else, quoting they can't hear the tv with you talking. You've already grieved. That blender, your mindset.

When you set up and play your grandmother's karaoke, her voice moving through Happy Bday Heartache as a widow, her husband dying from holes in his heart a month after his adolescent youngest wishes him dead. When that youngest is the teenage mother you share your metoo moment with decades later years ago on your birthday when there's no food in her house you can eat and mean in that sorrowful way only the hungry can be. When you find the books you emailed your grandmother about sharing shelves with right-wing pop history. When the last book she had opened in her reader is 25 Books to Read Before You Die, Book 3: My Ántonia and you read that between chapters of Klara and the Sun. What journal?

Loose leaf. It's in a vinyl dentists bag my mother gets complimentary with her visit. Re-digging the same ditches already eroded, keeping voice recordings of working with momma as she and I process the great dying together apart. We hold up the same bookcase, we talk to clarify what goes where how and if only to get back to politics in 24 words or less and the case falls. The case is not a pun, but every book inherited is crime thriller. Over 200 books. Through doors. Doors which fail while mother is out of town. Dogs find each other. My arms are torn through separating them, no can of soda on hand to shake and spray in their faces. I close the door. I fix oatmeal.

⚠️ This is a journal. If you don't have the energy to be in a private space with a person, take care of yourself, do not engage with this resource, find support and come back when you're in a better place.

A lot of the thoughts in the notes were inspired by different maker groups orbiting itch and journalism, among them To Sleep In the Treebanks of Ancestors, Emezi's novel Freshwater finding me like a hug and cradling like that, Thomas King's replacing crosses over Indigenous graves with river rock, this funky, cathartic investigative indexing called Missing Witches, John Green's reviews of reality turned memoir, The Water Dancers, Love Songs of WEB DuBois, Such a Fun Age, The Hate U Give, Kim's Aurora and their tabletop rpglit New York 2140, The Marrow Thieves, Bridge of Clay, the new season of everything is alive Bye then 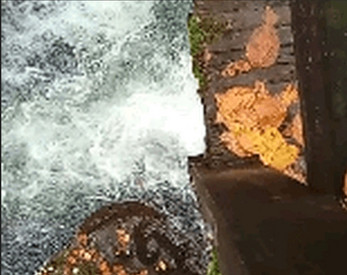